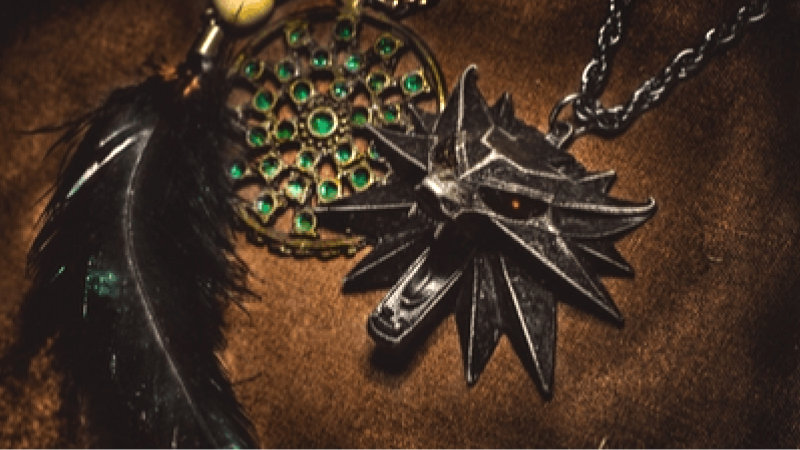 Witcher 3 and a New Class is Coming to Lost Ark

It's something to look forward to despite the lack of information on the former.

A recent announcement hyped Lost Ark players with a crossover and a new class. With this crossover, we could expect new ways to farm Lost Ark gold, a new quest, or an event. We don't know anything yet, but it is something to look forward to. It may be for the Korean servers for now, but that gives hope that these two new content would eventually make their way to the Western version.

Crossovers can be a hit or miss. Popular ones include the Super Smash Bros series, which pits Nintendo game characters against each other, and Fortnite. On the other extreme, some crossovers just fly under the radar. Okay, it may be old, but who remembers Mario, with Peach and Luigi, playing a basketball game against Shaquille O'Neal?

Let's hope this crossover is more of the former than the latter. While we don't know anything yet, we can see how this might be handled by observing other Witcher crossovers. Then we'll see what we know about the new class.


What is the Witcher, Anyway?

It's a franchise about Geralt of Rivia, the titular Witcher. Witchers are a group of augmented/mutated humans (through some gruesome procedures) with unique abilities. The augmentations allow them to combat the supernatural. There's a series of books and games with some tie-in comics and other media. Recently, Netflix also adapted a portion of his story into a series. Gwent is a card game featured in the third game that eventually had its own spin-off.

Geralt is sometimes accompanied by Yennefer the Sorceress, Triss Merigold, or the bard Dandelion (usually one by one, not all together). He later adopts Ciri as his ward, and his relationship with her is the focus of the third game. He travels alone for the most part, though he is a well-known figure in the unnamed continent the franchise is set in.

Due to the mutations, Witchers have enhanced senses, strength, and endurance. This lets them combat the dangers lurking in the light and the dark, where an average human would be outclassed. They also get training in combat, alchemy, and bomb-making to help them in their quest to keep civilians safe.

They also gain the ability to use magic, though Witchers channel it through signs instead of spells. There are five available in the game:

Witcher Crossovers in the Past

The earliest one is Geralt appearing as a fighter in Soul Calibur VI after a sorceress sent him to the game's dimension. He retains his basic combat style of using a sword and shield (a variation of the Quen sign) along with his training in the School of the Wolf. Eventually, he finds his way home. This crossover was well-received. Geralt is one of the better-ported characters in the game.

Next, Geralt made an appearance in Monster Hunter World. He chased after a Nekker and a Leshen into a portal that sent him to Astera and the New World. In a Special Mission, the Hunter can play as Geralt and fight the Leshen with the ability to use the Igni sign. Afterward, he gives the player the ability to use it at will.

Along with the above, players can collect materials to get an equipment overlay that makes them look like Geralt. Players also liked this crossover, citing that the Leshen fight was a nice change of pace from fighting the usual monsters. It helped that the Lost Ark skin is relatively easy to get and looks fabulous.

The most recent Witcher crossover is one with Daemon X Machina. This time, Geralt doesn't make a physical appearance. After all, he'd be baffled at all the technology in DxM's world. The player is given cosmetic items that let them look like Geralt and his ward Ciri. As a Lost Ark skin, there's nothing that affects gameplay much.

From these, we can expect the Lost Ark one to either be cosmetic, a new event, or some kind of permanent content. Of course, the crossover could be neither of those. We can only wait until Winter, this crossover's vague release date period. It's also uncertain whether or not the crossover is only for the Korean servers.

Now, the Aeromancer is the newest class joining the roster of Lost Ark in Korea. It's a subclass of the Specialist, whose alternate sub is Artist/Painter.

The gameplay trailer for Aeromancer makes it clear that her abilities are weather-based. She sometimes makes things fall from the sky or use tornado-like moves as an attack. Her weapon is a Parasol, an unorthodox choice. However, considering that the Artist uses a paintbrush, maybe it's not as unusual.

The Aeromancer is described as dealing 'synergy damage' and focuses on AoE spells and abilities. She's sure to make farming Lost Ark currency a breeze to do as she rains on the parade of enemies in Arkesia. She'll open her parasol in the Korean servers on July 6.

We're not sure yet when she's coming to the west, but we can trust that she'll get there.

Things are Heating Up for Lost Ark

Both are exciting news for any Lost Ark fan. Well, the Korean ones, anyway. The west must first catch up to the eastern servers (in terms of classes). Otherwise, if the developers decide on it, they could release classes not in the same order as they did in Korea. Still, the Aeromancer has a low chance of being the next class released in the west.

It's interesting to imagine and speculate what Geralt would be doing in Arkesia. This will be the first time Lost Ark will collaborate with another game. If this flops, it could close the deal on further crossovers, so let's hope it doesn't!

In the meantime, have fun improving your gameplay and farming Lost Ark gold!

Negative review for The Damned Isle:
"Either the game is discontinued, or the site/URL has been hijacked. Clicking a..."
- sirgannman
Positive review for Core Exiles:
"Core Exiles ia the best online game. Coops and the Staff do an excellent job of ..."
- Jedimiah
Positive review for Galactic Warfare:
"The best sci-fi browser game! Don't hesitate to try it out."
- diessy